What does winning these awards mean for your organisation?This is a vital endorsement of the work Oxfam does to raise money for those affected by natural disasters and violence all over the world.

How has it impacted on your work in terms of campaign strategies, staff morale etc?

Briefly tell us about the campaign/s that won you this award? What made this campaign/s so successful?

The award was won for our Nepal Earthquake Appeal 2015, which was Oxfam’s biggest emergency appeal since the Boxing Day Tsunami of 2004. The appeal raised over $12 million for those affected, and brought more than 37,000 new supporters to Oxfam – over 900 of which went on to become regular givers in the subsequent months.

Why did your organisation decide to submit an entry?
The FIA Awards are the gold standard by which fundraising in Australia is judged. By winning an FIA award, we are receiving the much-valued endorsement of our peers for the work we are doing.

What advice or suggestions can you give to other members considering submitting an awards nomination?
Don’t delay. It’s important to put your work – and most importantly the hard work of your team – forwards to be recognised, and to establish some high benchmarks for the quality of fundraising in Australia. If we can set the bar high, our financial results across all charities will improve and the beneficiaries will be the real winners. 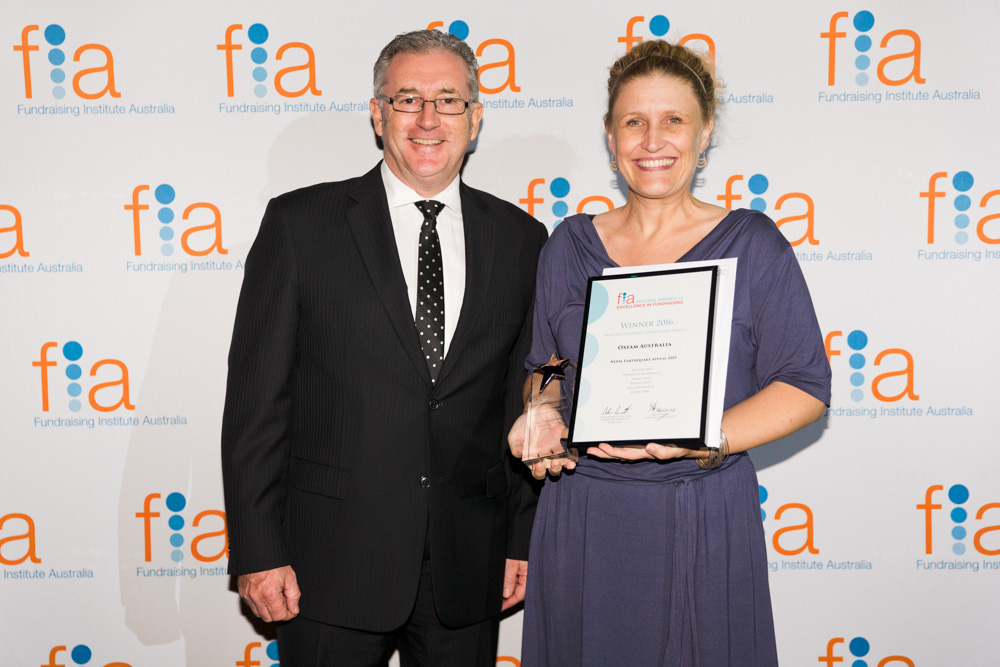