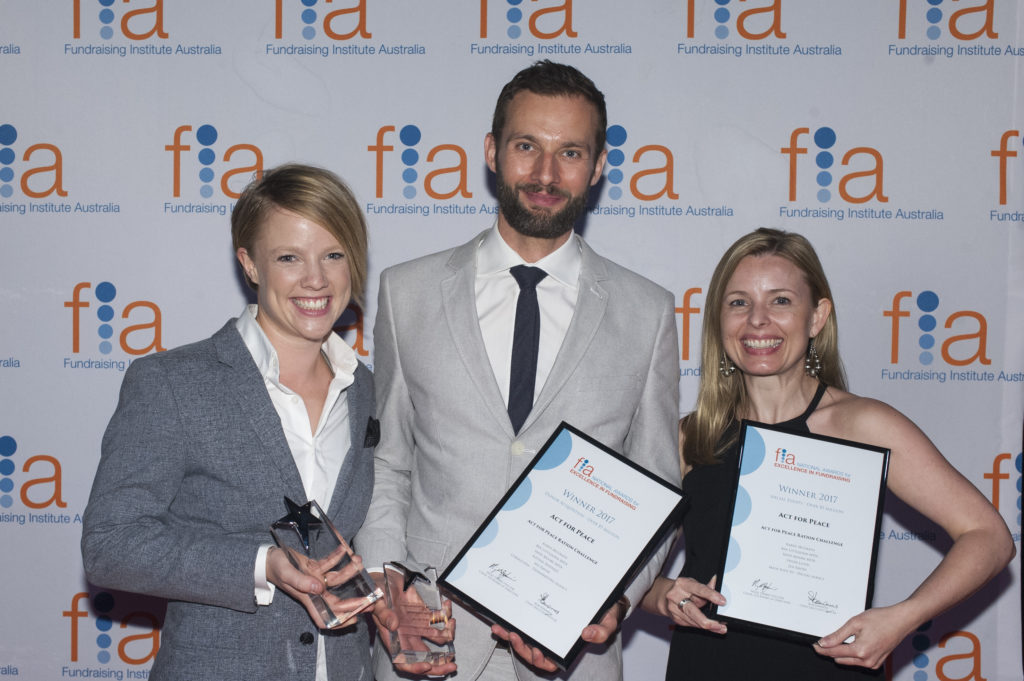 What did winning this award in 2017 mean for your organisation?

Winning the 2017 FIA awards was a great honour and has opened up many opportunities for Act for Peace and the Ration Challenge. It increased our brand awareness, drove interest in working for the organisation and gave the team more opportunities to speak at conferences and share our learnings.

How has it impacted on your work in terms of campaign strategies, staff morale etc?
All of the teams were extremely thankful to win the awards and be recognised for the months (and years) of hard work that went into our campaigns. It was a great testament to our team culture to strive for excellence but always be prepared to innovate and fail along the way.

Briefly tell us about the campaign that won you this award? What made this campaign so successful?
The Ration Challenge was a vital part of all three awards. We challenge Australians to eat the same rations as a Syrian refugee for one week and get sponsored to do so. Participants not only raise money for the cause but also raise awareness amongst their family and friends.

At the core of the challenge’s success is two things, firstly was to try and connect participants with refugees and the cause in the most authentic way possible in every single interaction we had with them. Secondly was to test and optimise every aspect of the campaign, no matter how small or large.

Why did your organisation decide to submit an entry?
Act for Peace always submits entries and we see the awards as a great opportunity to engage with others in the sector and come together to celebrate our successes.